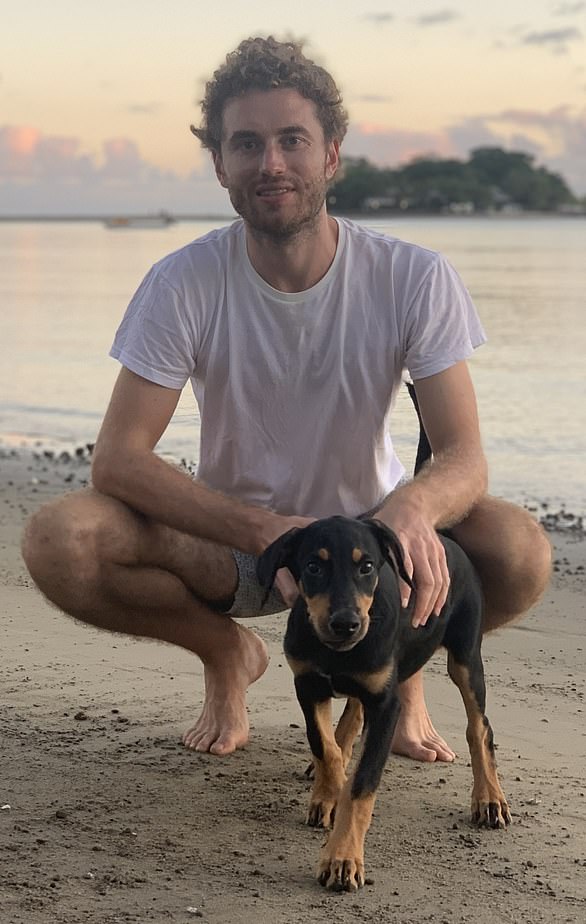 Born in East London, where his artistic parents were living in an abandoned warehouse, Inigo grew up in Manhattan and Connecticut, and in 2005 followed in his father’s footsteps by studying art curation at Goldsmiths, University of London.

In 2010, he was taken on as an intern at the prestigious White Cube gallery in London. Gallery founder Jay Jopling – later one of Inigo’s victims – was impressed by the bright, sophisticated young man.

In 2013, with Jopling’s financial assistance, Inigo opened his own gallery and consultancy in London’s Mayfair, specializing in post-war and contemporary art.

A second Inigo Philbrick gallery opened in Miami in 2018. While some clients were wealthy collectors, wanting art to hang on the walls of their homes, he increasingly focused on those known in the art world as ‘specullectors’, who purchase artworks, or a percentage of them, as an investment.

Inigo would then help these investors re-sell the artworks at a higher price, taking a share of the profits. As is the norm in this line of dealing, the artworks themselves remained in secure storage facilities – meaning clients were completely in the dark when Inigo began selling works to several parties, or over-selling shares in paintings that investors never actually set eyes on.

Until his life of crime unravelled in 2019, Inigo was the toast of the art world, a charming bon viveur who, with Victoria on his arm, cut a swathe through London – and New York – society.

Flush with cash, the couple flew around the world on private jets, spending summers in Ibiza.

Inigo wore £ 5,000 suits, hand-made shoes, a belt with a diamond lodged in the pin and a £ 48,000 watch. He drank £ 5,000 bottles of wine and had an account at Mayfair restaurant Cipriani so that dinner companions would think he was too important to need to produce a credit card.

But throughout this time, he was lying to clients about ownership and prices of artworks, borrowing money against art he didn’t own and misappropriating sales proceeds, as well as forging contracts and documents to try to cover his tracks.

One of his friends, art writer and dealer Kenny Schachter, who also lost around £ 1.4 million to Inigo, has described how the young impresario would sell him an artwork for ‘around a million dollars’ and then re-sell it to another client for. a higher amount and ‘we’d both pocket a few hundred thousand’. He said: ‘His rationale was’ these people are rich, so screw them ‘.’

The piece that brought down his house-of-cards existence was a 2012 painting of Pablo Picasso by Rudolf Stingel, a photo-realist painter from northern Italy.

In 2015, Inigo signed a deal with financial services provider Fine Art Partners (FAP) to sell it to them for £ 5.8 million as part of an agreement to re-sell the work together at Christie’s for a supposedly guaranteed price of £ 7.5million.

Such guarantees are a marketing strategy used by major auction houses to lure valuable artworks away from competitors.

Yet he went on to sell the same work twice again – including to an investment firm, Guzzini Properties, for $ 6 million (£ 4.9 million).

However, disastrously for Inigo, when the painting was finally auctioned in March 2019, it realized only £ 5.3 million.

When FAP got in touch with Christie’s, the auction house told them that not only had they never signed a guarantee, but the painting had not even been brought to auction by Inigo.

FAP launched a lawsuit in Florida civil court in October 2019, with other clients launching their own legal actions in the US and the UK, where Inigo’s assets were frozen by a judge.

But by the time it came for the dealer to appear in court, he had closed his gallery, disconnected his phones and disappeared.

Philbrick was arrested in June 2020 following allegations he sold the same art works to different investors, sometimes at inflated prices, in order to get money to pay for another.

When asked by Jude Stein why he committed the crimes, Philbrick replied: ‘For the money, your honor’.

Documents said he had a habit of ‘drinking alcohol at lunch’ and would continue ‘throughout the day’. The court heard the serial swindler also took cocaine, ecstasy and ketamine because ‘this is how art deals are done’.

His supporters largely blame his downfall on the greed and excess endemic in the unregulated global art market, which in 2021 was worth around £ 53 billion. According to his lawyer Jeffrey Lichtman: ‘While his actions were criminal in nature, he’s part of an industry sick from top to bottom, where this sort of behavior is sadly commonplace.’