China has branded US and UK hypocrites on press freedom over the looming extradition of Wikileaks founder Julian Assange to face espionage charges that could land the Australian in jail for life.

Assange’s extradition to the US to face charges over the leaking of thousands of official secrets has been approved by British Home Secretary Priti Patel after a protracted legal battle.

Chinese Foreign Ministry spokesman Wang Wenbin accused the US of pursuing ‘trumped up’ charges against Assange for exposing secrets about the US wars in Iraq and Afghanistan and about the CIA’s cyber attacks against other countries. 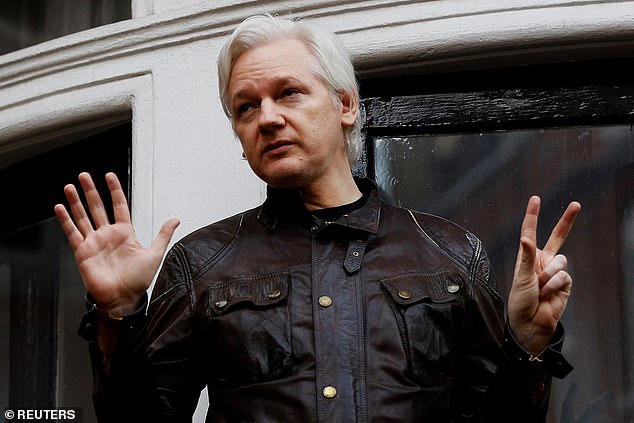 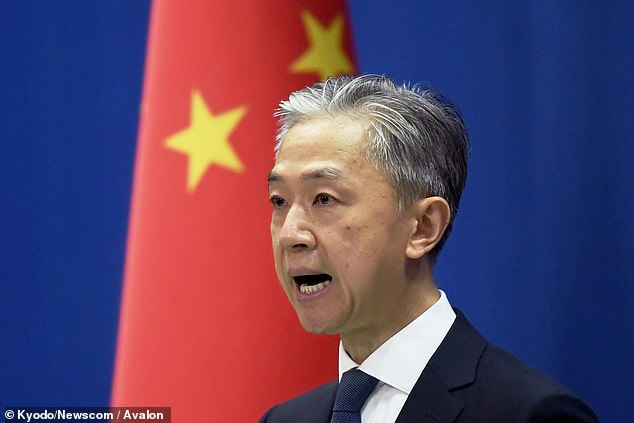 Chinese Foreign Ministry spokesman Wang Wenbin said the US and UK were conspiring against Assange using ‘trumped up’ charges to punish him for exposing US wrongdoing.

‘The US and Britain are cooperating in cross-border crackdowns on certain individuals,’ he said.

‘The case of Assange is a mirror that shows how hypocritical the US and Britain’s claim to uphold press freedom is.

‘People enjoy fully freedoms to expose other countries and will be regarded as heroes if they do so, but they will be severely punished and considered to be criminals if they expose their own country or its allies and partners.’

US Secretary of State Antony Blinken in May called China the biggest worldwide threat to press freedom, citing how many journalists were detained, and accusing the communist regime of increasing surveillance, harassment, and intimidation.

Mr Wenbin accused the US of trumping up charges of sexual assault, espionage, and computer misuse against Assange and of also pursuing the activist through secret surveillance, backstage deals ‘and other means’.

Assange was accused of raping two women in Sweden but fled to the Ecuadorian embassy in London before he could be arrested and extradited.

The rape charges were eventually dropped due to Assange’s protracted asylum in the embassy, ​​but the US never gave up on the espionage accusations. 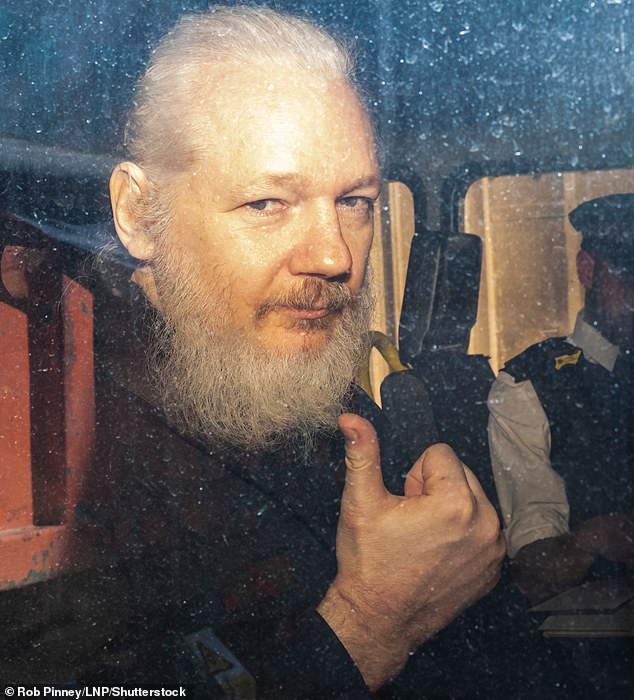 Wikileaks founder Julian Assange here seen at Westminster Magistrates Court being escorted by police in 2019 during his long fight to avoid an extradition warrant to the US.

Mr Wenbin said all eyes would be on Mr Assange’s human rights and expressed the hope that ‘justice’ would prevail over ‘abuse and hegemony’.

Assange faces up to 175 years in prison on 18 charges in the US under the Espionage Act for leaking classified documents in 2010 and 2011.

He is in London’s Belmarsh jail serving time for breaching bail after his long attempt to gain asylum in Ecuador unravelled and he was arrested after leaving the embassy where he had holed up for about seven years.

The US Government said his leaking of thousands of classified diplomatic cables put the lives of US soldiers and those working secretly for the Americans at risk.

His defenders argue he exposed US war crimes and human rights abuses in Guantánamo Bay in Cuba, Iraq, and Afghanistan, as well as revealing the CIA’s covert activities against its own citizens.

The US Justice Department also accuses Assange of illegal hacking in helping Chelsea Manning, a former intelligence analyst, get the classified information.

Manning was convicted of 17 charges for her role in leaking the documents in 2013 and convicted to spend 35 years in a maximum security prison.

However, she was released in 2017 when outgoing US President Barack Obama commuted her sentence to the years she had already served in confinement since her arrest in 2010. 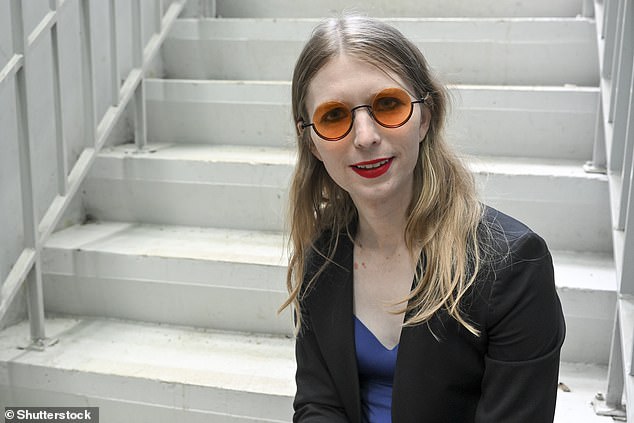 Assange’s accomplice in leaking US documents, Chelsea Manning, spent seven years in prison but was released in 2017 when her 35-year sentence was commuted by Barack Obama

There have been calls for Prime Minister Anthony Albanese to make a public plea on behalf of Assange, which so far he has resisted.

Employment Minister Tony Burke said the government was making quiet ‘behind-the-scenes’ representations to the US over the case.

‘This case has gone on for far too long. We said that in opposition, we’ve repeated that in government.

‘The issue needs to be brought to a close. Australia is not a party to the prosecution that’s happening here [and] each country has its own legal system. ‘