Pictures show the bizarre camp occupied by climate activists where seven people were arrested following a raid in which cops ‘feared for their lives’.

Police stormed the property in Colo, in the NSW Blue Mountains, around 8.30am on Sunday as part of investigations into a ‘planned unauthorised protest activity’ linked to the Blockade Australia group.

When they arrived at the camp, police said they were approached by a group of people who surrounded them.

Members of the group allegedly punctured the tyres of an unmarked police vehicle, rendering it undriveable. 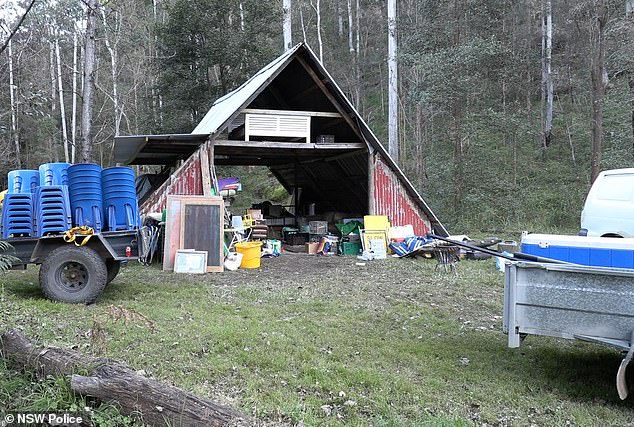 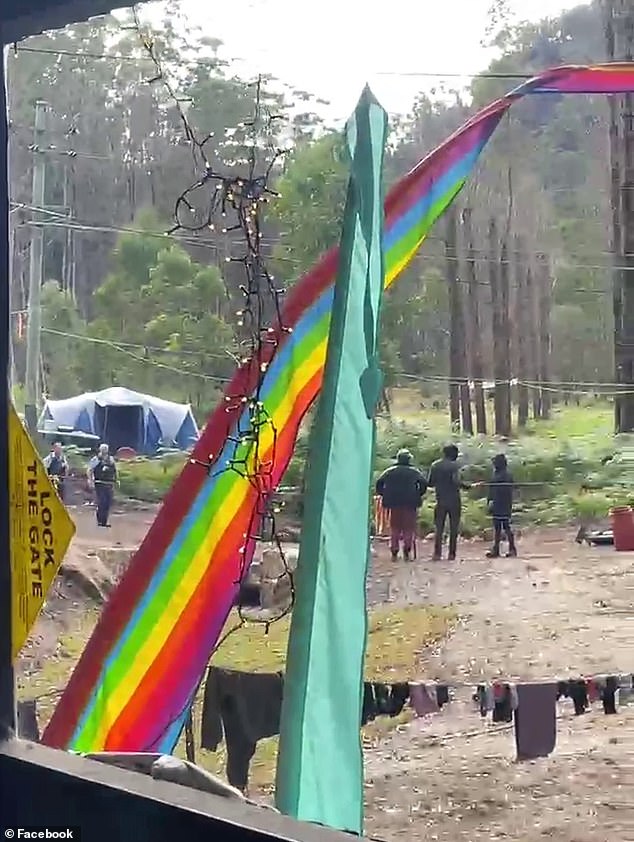 ‘These extreme protesters surrounded them, they pushed them and they even slashed or let down the tyres of a police vehicle,’ he told Sydney radio 2GB on Monday.

The group of about 30 were using the rural property as a training camp for more climate protests in Sydney, Mr Toole said.

‘I’m absolutely furious about the way these protesters think they can shut down Sydney for a whole week,’ he said. 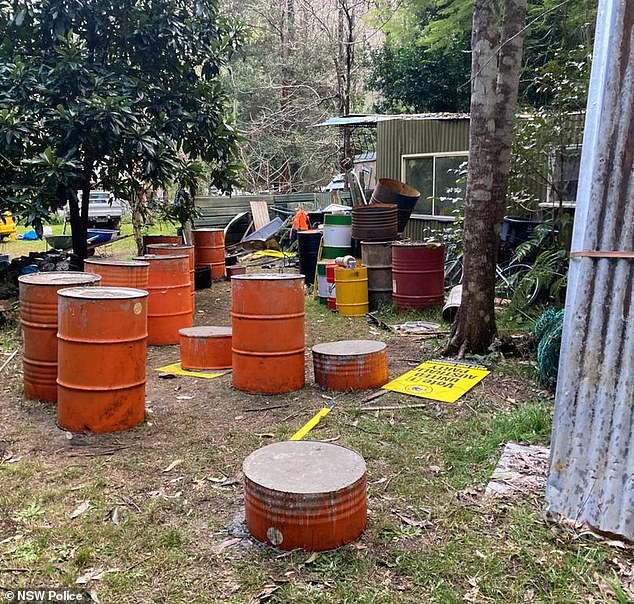 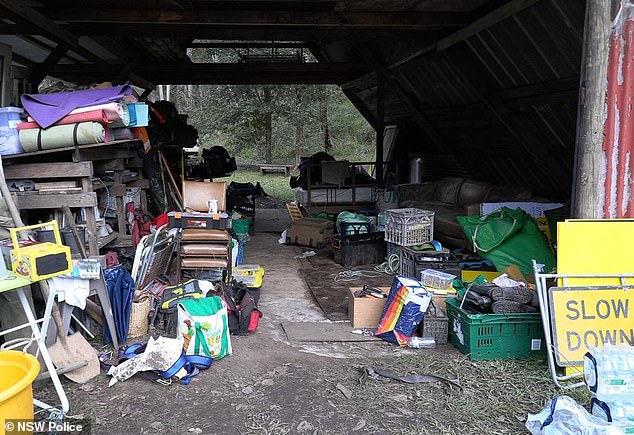 Road signs, milk crates, buckets and swags were all collected in one corrugated iron building (pictured)

NSW Police established Strike Force Guard in March to prevent, investigate and disrupt unauthorised protests after activists from Blockade Australia demonstrated on the Sydney Harbor Bridge, the Spit Bridge and the Port of Newcastle.

Five men and two women aged between 20 and 35 were charged with various offenses including affray, damaging property, and assaulting, intimidating and obstructing police on Sunday.

All seven people were refused bail to appear in Penrith Local Court on Monday.

Acting Assistant Commissioner Paul Dunstan said the group of around 30 people ‘pushed, shoved and jostled’ police as they made their way back to their vehicle which they could not drive because it had been damaged.

‘Those police that were attacked by that group this morning feared for their lives,’ he said.

‘I can assure you that what I saw this morning was violence from this group.’

Blockade Australia has made headlines in recent months over a series of high-profile climate protests which have included blocking coal ports, bridges, and fossil fuel terminals.

In April, the NSW parliament ushered in a raft of new laws and penalties aimed at discouraging protesters who disrupt traffic on bridges and tunnels in response to the group’s stunts.

The next protest is scheduled ‘for Monday, June 27, when members plan to’ converge ‘on Sydney to’ blockade the streets of Australia’s most important political and economic center and cause disruption that cannot be ignored ‘.

Despite the disruptive nature of the demonstrations, climate activist Zelda Grimshaw said the police response was an ‘insane overreach’.

‘No actual crimes have been committed by climate activists at the camp,’ she said. 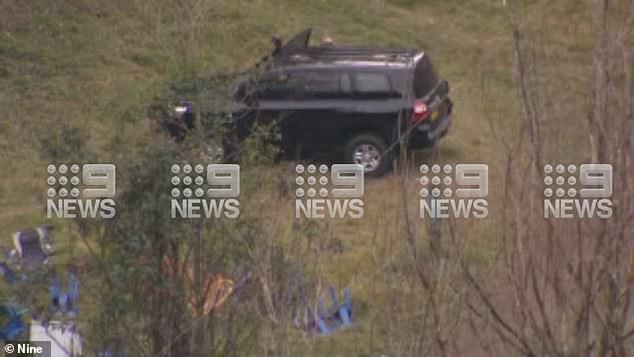 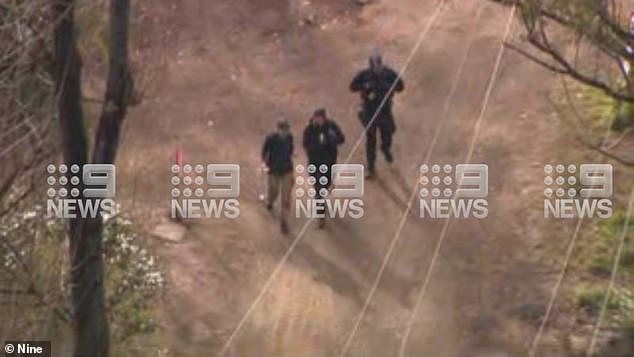 ‘This level of police repression of the climate movement is unprecedented.’

The group claimed 100 officers and helicopters, a dog squad, and ‘fully militarised officers’ surrounded the bush property and commenced search and seizure procedures.

‘This footage [see above] looks pretty chill. It’s not, ‘the group posted on Facebook.

‘We were surrounded at dawn by men in cammo gear, hiding in the bush, with heaps of guns. Then helicopters started buzzing overhead. Police cars and buses came speeding through the neighborhood, lights and sirens wailing.

‘It is unclear what the legal basis is for the raid… no harm to other people has ever occurred during these climate protests.’ 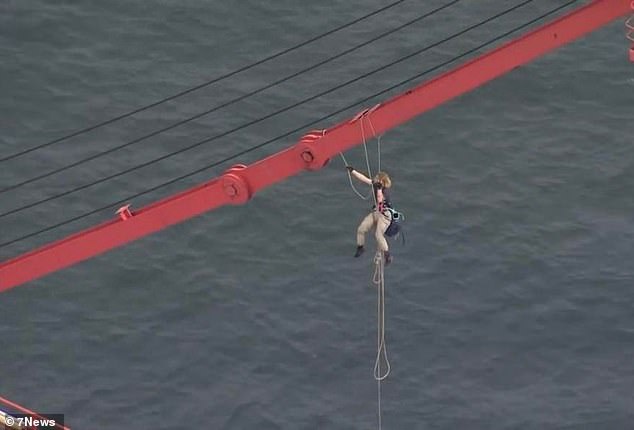 Pictured: A climate activist suspends themselves from a crane in Botany during a protest in March