Erik ten Hag has completed the first signing of his Manchester United reign as Feyenoord defender Tyrell Malacia has penned a long-term deal with the club.

The 22-year-old was seemingly Lyon bound until a week ago, when the Red Devils hijacked the deal for the left-back at the eleventh hour, and the Dutchman is now the first man through the door at Old Trafford.

Speaking for the first time as a Manchester United player, Malacia revealed his excitement both to be at Old Trafford and to work under Erik ten Hag for the coming season.

“It’s an incredible feeling to have joined Manchester United. This is a new chapter for me, a new league with new team-mates and a tremendous manager [Erik ten Hag] leading us”, the Dutch international said.

“I know from playing against his teams in the Eredivisie, the qualities that he has and what he demands of his players.

“Whilst I know that I am still young and will continue to develop, I can promise the United fans that I will leave everything on the pitch every time I pull on the red shirt. I’ll always be thankful to Feyenoord for all they have given to me and my family”, he added.

“None of this would be possible if it wasn’t for them. Now I’m ready to focus on the future with United, and help my new club achieve success.”

His arrival raises questions about the future of fellow left-backs Alex Telles and Brandon Williams, with the former allegedly in disgrace after a training ground bust-up and the latter also likely to depart if there is interest.

The latest on Cristiano Ronaldo

It remains unclear if or when Cristiano Ronaldo will re-join Manchester United pre-season training as last season’s top scorer attempts to push through a move away from the club.

Barcelona were linked with a move for the striker on Monday night, but this has since been dismissed, and Chelsea seemingly remain the club most likely to sign the Portuguese star if he leaves.

For now, however, Manchester United maintain that he is not for sale. 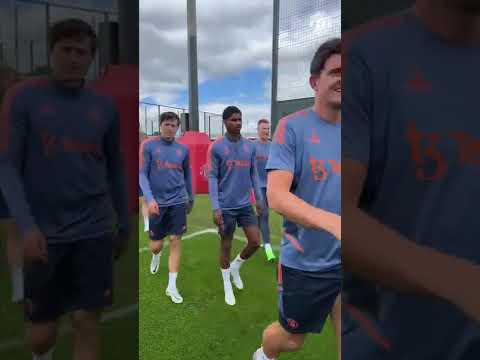