Crystal Palace have announced Cheick Doucouré as their third summer addition, signing the midfielder from RC Lens for a fee of around 18m euros plus potential add-ons.

The 22-year-old Malian midfielder enjoyed a strong season in Ligue 1, starring alongside Seko Fofana in the Lens engine room as his side went on to finish 7th, just four points away from European football for this season.

But, for plenty of Palace fans, pre-season will be the first chance they have to watch their new signing in action, so what sort of player have they actually shelled out for?

At 22-years-old, Doucouré has plenty of time to be molded into whatever Crystal Palace see fit to turn him into, but at Lens he primarily played as the more conservative option in a midfield two.

For the attacking French side, Doucouré was tasked with sitting deep, picking the ball up from the back three and finding either the wing-backs or his fellow midfielder Seko Fofana, who was given far more license to roam forwards.

Unlike his teammate, however, Doucouré preferred to progress the ball with his passing rather than by directly carrying it himself, keeping his passing range relatively short. Across last season, he averaged just 0.79 dribbles per 90 minutes completed, whereas he was attempting over six “progressive passes” in the same time period.

Helped somewhat by the style of play that Lens operate with, Doucouré manages a whopping 4.89 tackles and interceptions per match, slightly below the number put up by West Ham’s Declan Rice (5.06), and more than Arsenal midfield Thomas Partey (3.9).

And Ligue 1 expert Jeremy Smith believes that the Mali international has all the tools to succeed in the Premier League.

“He’s always been rated but he’s always gone a bit under the radar. He’s not a massive name, but he’s still only 22 years old and he’s got that experience so I think it is a good move”, he told 101†

“Occasionally there are slight issues with concentration and positioning but I think that’s the kind of position where you probably improve that through experience rather than anything else. I think he’s on a good learning curve.”

How does he compare to Gallagher?

In short, they are very different players. Conor Gallagher became a fan favorite during his loan spell at Selhurst Park last summer, with his all-action style endearing himself to the south London faithful.

Doucouré could well do so too, but in a very different way. He is far less likely to pop up with crucial goals (he has just 3 in 67 Ligue 1 appearances), while as mentioned above he much prefers an important pass to a key dribble.

“I wouldn’t call him creative”, Smith explained. “He’s an intelligent player that is going to free up someone else so that that player is then going to find the key pass.”

Gallagher, on the other hand, was far more direct, and was given far more freedom than Doucouré is likely to be handed by Patrick Vieira. In fact, it would probably be more apt to compare the Chelsea man more to Seko Fofana, Doucouré’s former teammate, than the Malian international, with the Englishman firing off plenty of shots and doing most of his best work around the penalty area, as his touches in the box show.

As Smith explains, “He doesn’t seem to have that much interest in joining attacks or anything like that, and I think he could still be molded into an out-and-out defensive midfielder or continue in that more box-to-box role.”

Doucouré may find himself better suited to a double pivot, and a deeper role than Gallagher, which may require another body further forward or a switch of system to accommodate him.

However, Smith believes that changing his style of play shouldn’t be too difficult for Doucouré, who has already played in several systems including the 3-at-the-back style that Lens operate with.

“He has at times found himself playing alone in a 3-1-4-2, or he can play in a midfield two, so I think he has already adapted to different systems”

In fact, Smith sees more of former Brighton man Yves Bissouma in Doucouré than the makings of another Gallagher.

“It might sound a lazy comparison just because they are both Malian but he’s a bit like Yves Bissouma in that at the moment his role is somewhere between a defensive midfielder and a proper box-to-box”, he told 101.

“I think he has got the ability to push up a little bit more, but at the moment he is showing he can do a little bit of everything, and it just a case of maybe him finding one position that it is.”

Should Palace fans be excited?

Judging by the stats, and those who have watched him regularly across last season’s Ligue 1 campaign, it certainly seems so.

“Doucouré is a quality player who I think if he carries on improving as he is, he could make it in a top 6 team”, our expert claimed.

“You can’t say for sure beforehand, but everything about Doucouré says that he has got the engine to be able to make it in the Premier League.”

If he does, Palace will have a top player on their hands, and could well be fighting off interest from bigger clubs within a couple of years. 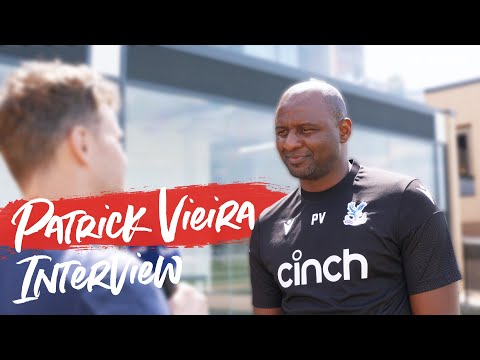 PATRICK VIEIRA ON NEW SIGNINGS AND THE SUMMER TOUR

Patrick Vieira talks to PalaceTV for the first time this season, about new transfer… 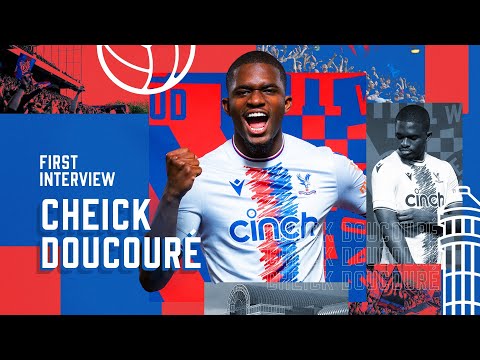