Business Secretary Kwasi Kwarteng will unveil new legislation ending the ban on using agency workers to break strikes, which has been in place for almost 50 years.

Talks to end the rail strikes broke down acrimoniously last night, leaving commuters facing another day of major disruption as the RMT orders 40,000 rail workers to walk out again.

Travelers were warned they could face months of chaos on the railways after the negotiations descended into mudslinging.

Transport Secretary Grant Shapps accused the RMT of lying after it claimed he had ‘wrecked’ negotiations by ordering Network Rail to push ahead with voluntary redundancies.

Ministers fear Britain could face a summer of strikes as unions flex their muscles in pursuit of inflation-busting pay rises.

The National Education Union yesterday warned that schools could be next in line for strike action unless ministers stump up ‘inflation-plus pay increases for all teachers’. 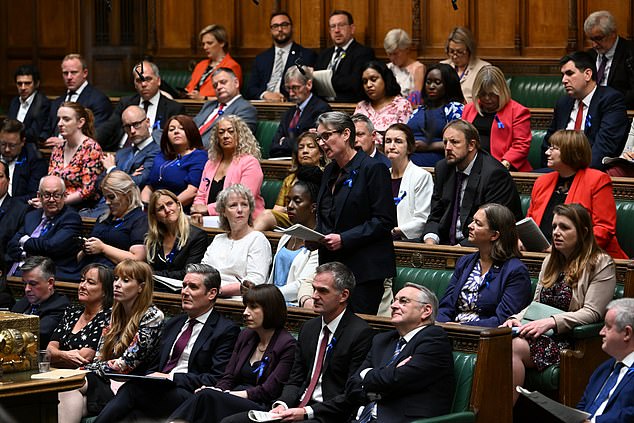 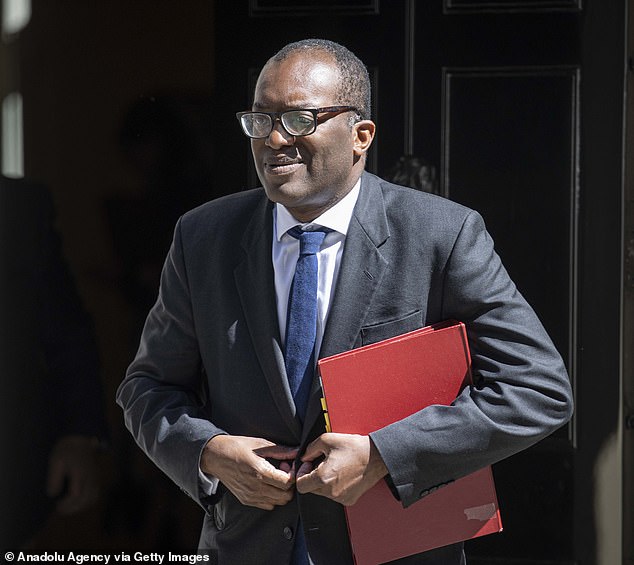 Business Secretary Kwasi Kwarteng (pictured) will unveil new legislation ending the ban on using agency workers to break strikes, which has been in place for almost 50 years.

Some have even demanded settlements 5 per cent above inflation – which yesterday hit 9.1 per cent.

The ban on using agency staff to fill in for striking workers has been in place since 1973, with even Margaret Thatcher baulking at its removal.

But ministers say lifting it could help ‘mitigate’ the impact of strikes by allowing employers to bring in trained staff to keep services running.

Mr Kwarteng told the Daily Mail: ‘This week we’ve seen millions of people subjected to misery and disruption as the RMT decided to push ahead with one of the biggest rail walk-outs in decades.

‘We cannot and will not tolerate trade unions holding the country to ransom by grinding crucial public services and businesses to a halt. By acting today and removing these 1970s-era restrictions, we’re ensuring that those businesses most impacted by strike action across all sectors, not just rail, will have the freedom to fill vital roles with temporary, skilled staff. ‘

Labor vowed to oppose the move last night, with deputy leader Angela Rayner describing it as a ‘recipe for disaster’.

Frances O’Grady, of the Trades Union Congress, also slammed the proposal as ‘unworkable’. 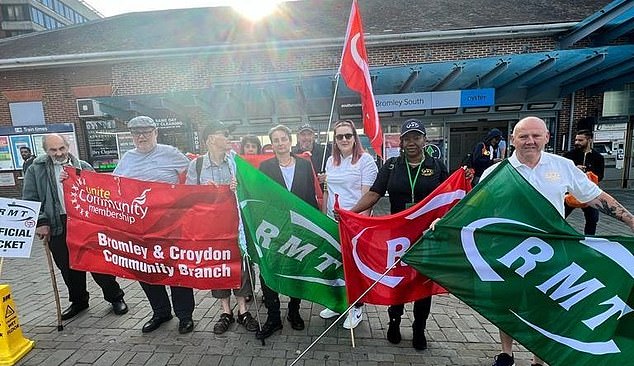 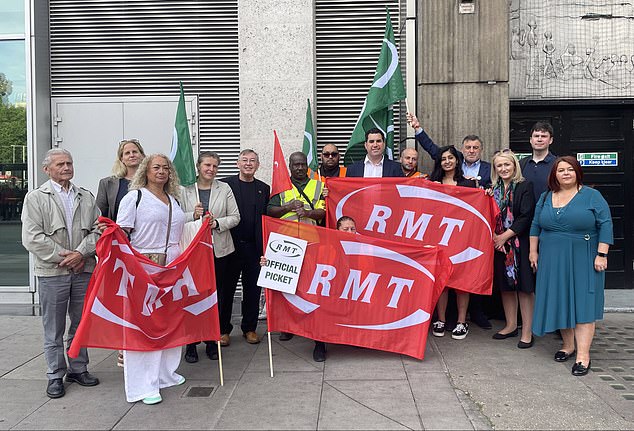 The union, which is striking over jobs and pay, said it would not get back around the table unless the letter was withdrawn, sparking a furious stand-off.

It means another 24-hour walkout on the railways will go ahead today, with another on Saturday looking almost certain.

RMT general secretary Mick Lynch took aim at the Transport Secretary, saying: ‘Grant Shapps has wrecked these negotiations by not allowing Network Rail to withdraw their letter threatening redundancy for… our members.

‘Until the Government unshackles Network Rail and the train operating companies, it is not going to be possible for a negotiated settlement to be agreed.’

Mr Shapps described the claim as a ‘total lie’ and called on the union to ‘stop wasting time’ and get back to the negotiating table.

The row came as it emerged the RMT was informally offered a rise of more than 3 per cent in return for modernized work practices.

Rail chiefs have accused union barons of holding the country to ransom over ‘archaic’ methods which see up to nine engineers sent just to ‘change a plug socket’.

Commuters faced more misery yesterday as union tactics meant only 60 per cent of services were able to run because of the knock-on from Tuesday’s strikes.

Huge crowds built up outside Tube and rail stations, with some opening as late as 8.30am during rush hour.

Network Rail signallers and control room staff who would usually have worked overnight to make sure trains left on time yesterday missed their shifts after taking part in Tuesday’s strike.

Secondary legislation to scrap the ban on agency workers will be introduced today and is expected to take effect next month.

Government sources acknowledge that some skilled roles, such as railway signallers, will be impossible to replace.

But they believe other vital roles, such as train dispatchers, could be carried out by agency staff. Yesterday the Prime Minister clashed with Keir Starmer over Labor’s support for the strike, highlighting the Daily Mail’s revelation that 25 Labor MPs joined striking rail workers on the picket lines on Tuesday.

Boris Johnson branded their behavior ‘a disgrace’ and said Sir Keir’s authority was ‘on the line’ after a string of frontbench MPs ignored the threat of disciplinary action to join workers.

The Labor leader again refused to condemn the activists staging the biggest strike for 30 years and blamed the Government for the disruption.

Like Tuesday’s walkout, less than a fifth of trains will run today and only for 11 hours. Up to 50 per cent of services will run on key inter-city routes.