Welcome to 101‘s daily round-up of the top transfer news and rumours for Sunday, July 24th.

Barcelona president Joan Laporta has claimed that the club are yet to accept any offers for Frenkie de Jong and that ‘Frenkie de Jong is our player, we really like him’ [ESPN]

West Ham will pay 42m euros for Gianluca Scamacca, with the Sassuolo president confirming that a deal will consist of “€36m fee plus €6m add-ons and 10% sell-on clause” [Corriere dello Sport]
Chelsea boss Thomas Tuchel has admitted that this summer ‘we had an urgent appeal for quality players and a huge amount of quality players’, and suggested that plenty more new faces were to come following their 4-0 preseason defeat to Arsenal [Football.London]

Arsenal transfer director Edu Gaspar revealed that although he ‘really likes’ Lyon midfielder Lucas Paqueta, as of right now ‘there is not even a conversation to sign him’ happening in north London [TNTSportsBrazil]

However, he told the media that ‘there is still a lot to do’ for Arsenal this summer, hinting at further additions [Fabrizio Romano]

Neymar wants to stay in Paris this summer, despite suggestions that he will be sold [Fabrizio Romano]

Cristiano Ronaldo is still attempting to leave Manchester United this summer, but will not return to Sporting Lisbon [Caught Offside]

Manchester United are prepared to go over their £51m offer for Ajax forward Antony, but will not match the £86m asking price [Goal.Com]

Meanwhile, Crystal Palace have been in contact with the Red Devils about a potential deal for right back Aaron Wan-Bissaka [Fabrizio Romano] 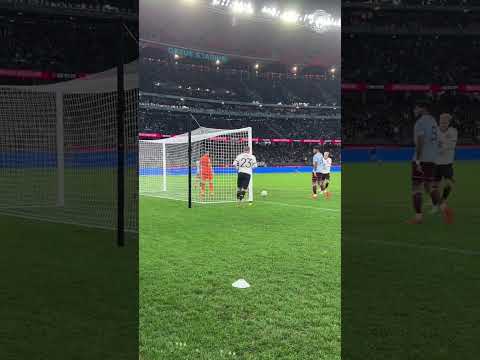 Sancho On The Volley!