The Sugababes’ fans went wild as the band made their highly-awaited comeback at Mighty Hoopla Festival in London over the weekend – after Covid forced them to scrap their 20th anniversary reunion in 2020.

Attendees claimed the gig was ‘amazing’ and ‘euphoric’ as they rushed to Twitter to share their glee on Sunday evening. 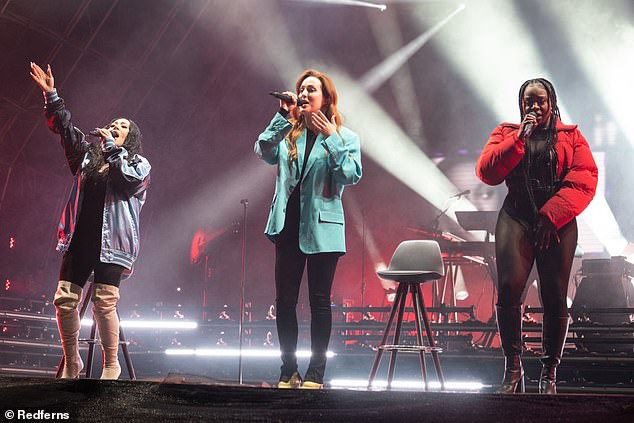 Talented: The Sugababes fans went wild as the band performed a new track at Mighty Hoopla Festival on Sunday… after Covid forced them to scrap 20th anniversary reunion plans

They wrote: ‘Honestly this was A MOMENT that will go down in pop music history. I feel so lucky that I got to be there and experience it in person. So much love @keisha_buchanan @siobhandonaghy @ Mutyabuena21 @Sugababes. ‘

‘Sugababes were amazing on Saturday, loved to have the queens back on stage where they belong.’

‘WHAT A FANTASTIC ENDING OF THE DAY @mightyhoopla @Sugababes WELL DONE IT WAS AMAZING ❤️.’

‘Sugababes were so euphoric, i’ll never be over that.’ 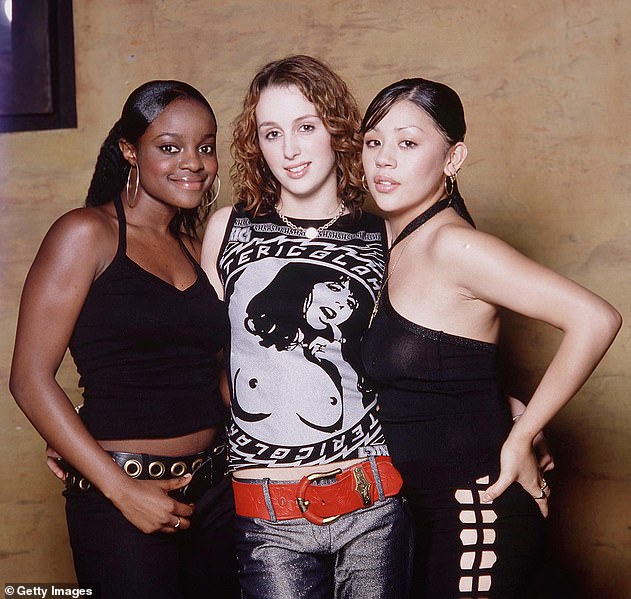 ‘Loved this unreleased song’ Today ‘from the @Sugababes @mightyhoopla set.’

‘Flawless show, you all sounded amazing, had such great chemistry, your band was wonderful and the whole production felt f ***** g rich! Perfect, perfect, perfect! As a lifelong fan, I felt so spoiled. I had incredible high expectations and even they were far succeeded! ‘

The chart-topping band are one of the biggest girl groups of all time in the UK, and the three-piece are now looking forward to performing at Glastonbury festival.

Impressed: Attendees claimed the gig was ‘amazing’ and ‘euphoric’ as they rushed to Twitter to share their glee on Sunday evening 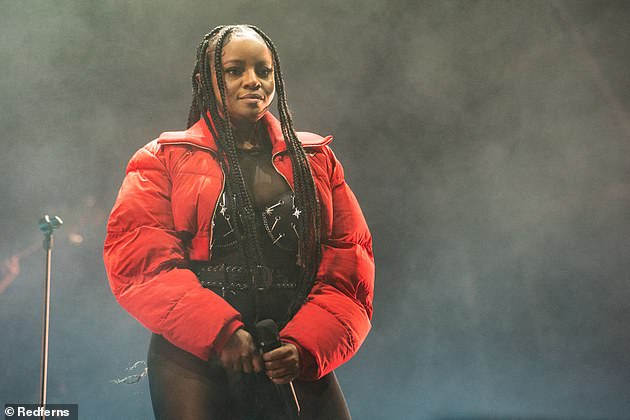 Chilly? Keisha kept warm in a red padded jacket as she sang in front of a crowd of 40,000 screaming fans at Brockwell Park

Keisha, 37, told The Sun: ‘This is going to be something special for our fans. We can’t wait. ‘

The group will perform on the Avalon stage on June 24, and they’re already in rehearsals for their gig.

Keisha, Mutya and Siobhan had originally planned to launch their comeback in 2020 – but their ambitions were derailed by the COVID-19 pandemic.

During an Instagram Live, Keisha explained: ‘We had so many plans for last year. 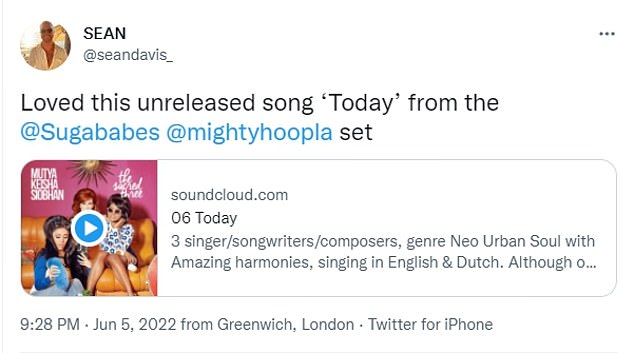 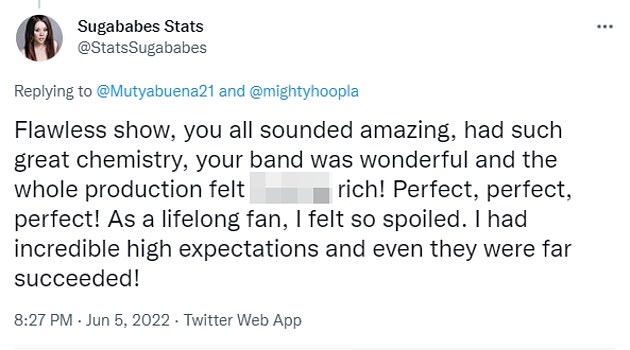 Woah! One wrote: ‘Honestly this was A MOMENT that will go down in pop music history’

‘2020 was our anniversary year, we built it up to do so many things but it didn’t happen, so we have to restructure.

‘We just have to be motivated to do it and passionate about it and once we are actually in the studio it flows really easily for us. But it’s about getting us all on the same page on the same date and the pandemic makes it really tricky.

‘It just has to be organic and be on the same page as far as our schedules are concerned.’ 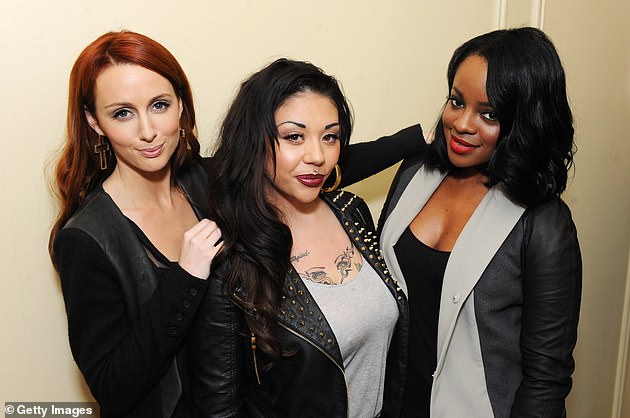 Delay: The Sugababes were forced to scrap their plans for a 20th anniversary reunion due to the coronavirus pandemic (pictured in 2012)

Last year, meanwhile, Siobhan revealed the band had been working on new music.

However, she also insisted there were ‘no concrete plans’ in place at the time.

She said: ‘There’s nothing concrete at the moment, but we are working on stuff all the time and definitely new music.

‘We love making music together and that’s something we’re going to continue to do. And hopefully it won’t be too long now, now that we can be in the studio together again. ‘ 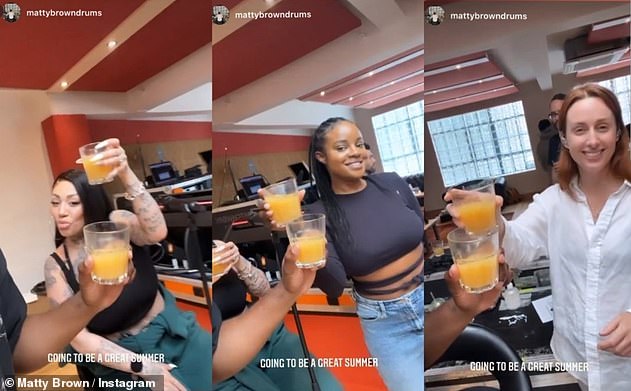 Practice makes perfect: The trio have taken to their Instagram to share several videos of them already deep in rehearsals

The Sugababes went through numerous line-up changes over the years with all three original members eventually being replaced.

The replacement members stopped making music in 2011 while the original trio reformed as Mutya Keisha Siobhan in 2012, releasing the single Flatline the following year.

They were unable to call themselves the Sugababes until they secured the legal rights to the group name again in 2019. 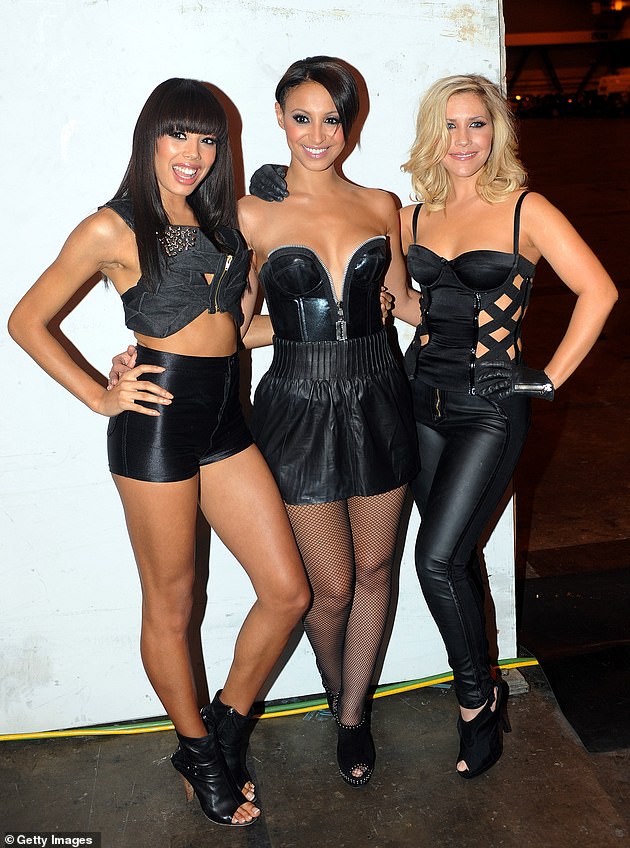 Line-up: The Sugababes went through numerous line-up changes over the years with all three original members eventually being replaced (Jade Ewan, Amelle Berrabah and Heidi Range pictured in 2009)