A Russian mercenary who gained notoriety for butchering prisoners of war and civilians in the Donbas has been killed fighting in Ukraine.

Vladimir Andonov, 44, a fighter for the shadowy Wagner Group, was shot by a sniper near Kharkiv during a reconnaissance missions on June 5, Russian media says.

Andonov was known to Russians as ‘Vakha’ or ‘the volunteer from Buryatia’ after the region he was from, but to Ukrainians as ‘the executioner’ for massacres he helped carry out during Russia’s first invasion of the country in 2014. 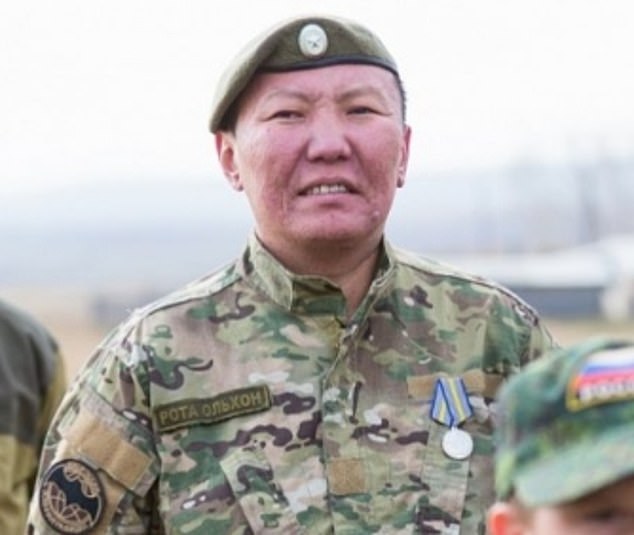 Vladimir a soldier with the notorious Wagner Group, was shot dead by a sniper during a reconnaissance mission near the city of Kharkiv on June 5 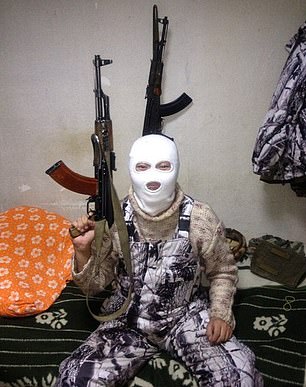 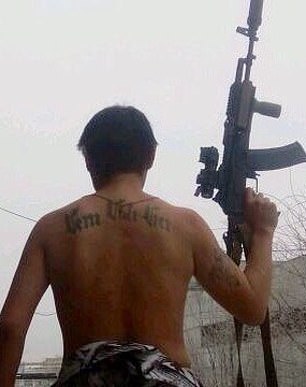 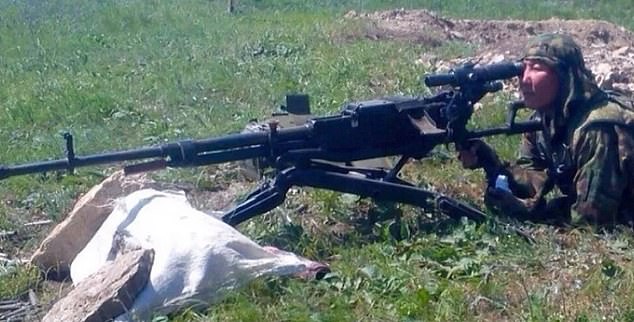 The 44-year-old death was confirmed to Russian media by the leader of Buryatia region, where he lived, who said his body is now being returned home

His death was confirmed by Zhambal-Zhamso Zhanaev, head of the region where Andonov was from, who spoke to Russian newspaper Moskovskij Komsomolets.

Andonov has served in the regular Russian military from 1997 until 2005 when he moved to the city of Ulan-Ude where he studied in a teaching college.

He dropped out of school before completing his studies and got a job in trade, before answering a call for volunteers to go to Ukraine and join the fighting in 2014.

Andonov was drafted into the Olkhon special forces company fighting in the Donbas, and took part in the Battle of Debaltseve in early 2015 – one of the last major battles of the initial war.

At the time, he appeared in a video filmed in the region which became one of the first pieces of evidence that volunteers from the Buryatia were in Ukraine.

Ukraine accuses him of personally participating in the massacre of prisoners of war in the town of Logvinovo in the aftermath of the battle, and of killing civilians elsewhere in Donbas. 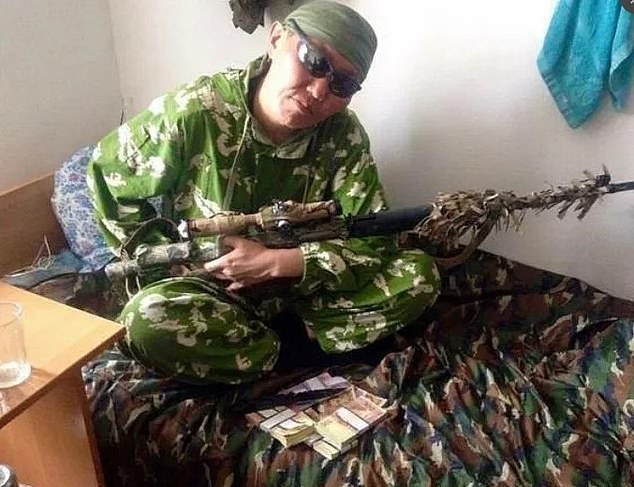 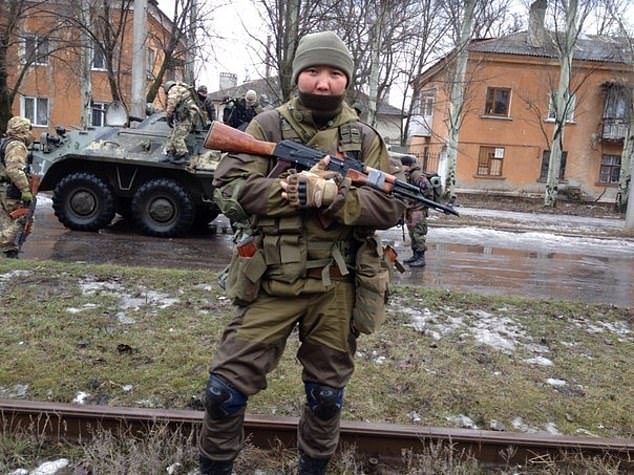 Andonov was drafted into the Olkhon special forces company fighting in the Donbas in 2014, before going back to fight in Ukraine in February this year.

Andonov remained in Ukraine on the frontlines even after full-scale war with Ukraine ceased with the signing of the 2015 Minsk Agreements, before returning to his home region some time in 2017.

But at the end of that year he vanished, having deleted all trace of himself online, and for the next several years was though to be fighting as part of Wagner units deployed to Syria and Libya.

Wagner mercenaries have gained a bloodthirsty reputation for fighting battles that Russia’s regular military cannot – participating in massacres, torture and indiscriminate killings along the way.

Andonov was then redeployed to Ukraine following Putin’s order to re-invade the country, issued on February 24.

It is unclear where exactly he had been fighting before his death near the Ukrainian city of Kharkiv on Sunday.

Andonov died as Ukraine launched a fresh counter-attack in the region, pushing Russian forces further back towards their own border. 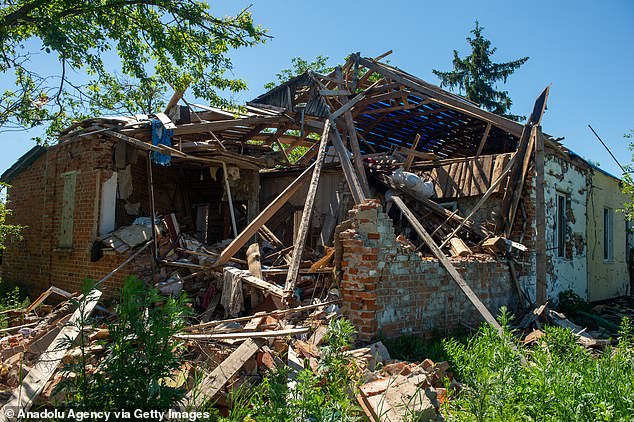 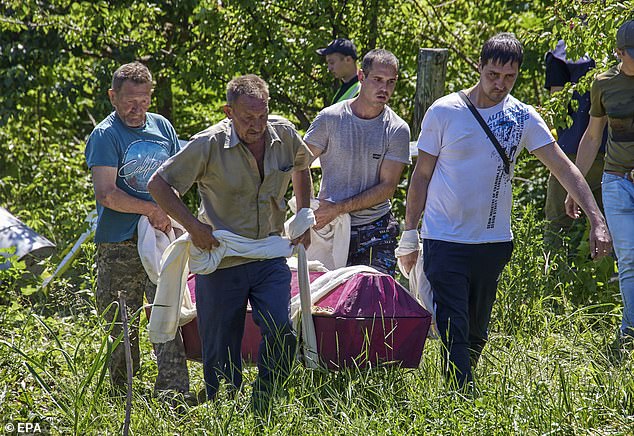 Kharkiv is located around 120 miles north of the current Donbas frontline, and Russia had intended to capture the city to use as a logistical hub to supply troops there.

But, after more than three months of fighting, the city remains in Ukrainian hands with Putin’s men having all-but abandoned efforts to take it.

Meanwhile heavy fighting is ongoing in Donbas, concentrated on the city of Severodonetsk which is under heavy bombardment from both sides.

Control of the city continues to shift, with Ukraine launching a large-scale counter-attack that retook large parts of the city at the weekend before a Russian push on Monday forced Kyiv’s men back again.

Capturing the city will give Russia control over almost the whole of Luhansk province and tee up an assault on Lysychansk, which sits just across the Donets River on the other side of a large industrial zone.

Failing to take Severodonetsk would see Russia’s eastern offensive – now the focus of its war since the failure to take Kyiv – grind to a halt, and perhaps even reverse if the fighting leaves Putin’s forces too weak to hold the territory they have captured.

Such attacks are already underway in the south, with territory to the west of the occupied city of Kherson being contested.

A limited Ukrainian counter-attack has seen troops cross the Inhulets River and capture a smattering of towns on the eastern shore, but fail to make significant in-roads into occupied territory.